Going into Quassy, I knew it was going to be hilly...and I questioned whether I was ready for hills and I was dying to know....just how hilly was it?  I've done a few hilly races, Vineman 70.3 and Wildflower Long Course and Big Kahuna up in Santa Cruz, and i've managed to hold my own, not being zippy fast, but other than Wildflower, the other races didn't leave me feeling like I was dying :).  So, as long as it wasn't as hilly as Wildflower, I would be ok.

As I stated in my previous post, I didn't have the easiest time in getting to the race/getting set up and all that jazz, if it weren't for my amazing Trakkers family, I probably would've thrown in the towel, but thankfully they were all helpful and able to lend a hand in making sure Soren was entertained while I got my bike's rear wheel in gear (long story) and got all set!!

After an awesome dinner with my team, I headed to the hotel to check in....at 9:00 p.m. :).  For the first time in my life I actually requested help with my bags...Soren isn't much help in that department just yet, so the front desk guy helped us get into our room and I put Soren to bed, he crashed like i've never seen. Thank God....I needed to get my stuff together for the race!

I piled everything in the bathroom and put all my stuff together, however, I discovered that the new race laces I bought were missing a piece so I wouldn't be able to use them....moving on.  I then discovered I had the wrong tattoo numbers....whatever that's what Sharpie's are for!  So, I got all my stuff together and then realized that Dave didn't have a spare key to get into our room.  I text'd him, but he was driving, so I just lay awake until he arrived, just before midnight.

He brought a bagel for my morning breakfast :).

Anyhoo, 5:00 a.m. arrived quickly and I put on all my awesome Trakkers gear, and was absolutely stoked to have my race uniform on, and couldn't WAIT to test out my new TYR Hurricane 5 Wetsuit.  WOOT WOOT!!!  Yeah-so, I used a wetsuit for the first time in a race, I knew though, that it would probably fit and with some TriSlide, it would go on no problem.

I scarfed part of a croissant that Dave brought along with part of a bagel, banana and I sipped on some yummy EFS drink.  Desperately trying to get hydrated...I knew I was behind, but I was doing what I could.

Game time: Got everything set up in transition, I was really excited, I had a new wetsuit, new goggles, helmet and cycling shoes!  I finally decided that the cycling shoes I had pee'd on multiple times during Ironman Florida and Arizona were "done."  Yeah, I know, I probably lost a few readers with that admission, but the shoes were SO comfortable!! :)

Swim: The wetsuit went on like buttah.  Seriously. No issues, pulled from the inside out, I was astounded at how awesome my shoulders felt, I didn't have that "pull" that i've had from other wetsuits.  Wow, it was going to be really awesome swimming in my Hurricane 5! I lined up in front, I always do, i'm not particularly super fast, but i'm not savvy enough to push through people either, so I try to play to my swim strengths and I line up just behind the front women.  We jostled for a while, took me a while to find my rhythm.  We hit the turnaround and I was getting a really really bad headache, dehydration effects were hitting me.  I kicked harder, just trying to ignore it.

I didn't wear a watch so I had no idea what my time was....felt slow...actually, my first thought coming out of the water with my headache was "if I get on my bike, it'll be by the grace of God," it was hurting that bad.

Bike: Once I got on and started pedaling, gave myself some time to settle in, I smiled.  No, actually, i'll admit, I teared up.  For someone who didn't know how to shift a bike during my first triathlon, i've improved quite a bit and man...I love cycling.  The Rev3 Quassy bike course is phenomenally beautiful, it is hilly true to the talk, but forgiving as well.  My only issue on the bike:  I lost my water bottle with EFS at mile 5 of the bike.  It flew so fast over a ravine, while I was descending, I had no chance to retrieve it.  So, there I was, dehydrated, and now no water.  Ugh.  I was mad. Really mad because I knew I couldn't push too hard on the bike and have nothing left for the run and totally get myself into a position where I was really hurting.  So, I just pushed through, but held back a bit to keep my heart rate down.

Run: I finished the bike, quickly laced up my Avia Quest Lite III's and and for the first time ever, I actually grabbed water from the transition area. Downed two cups and just ran.  Again, no watch, so I had no idea what my time was. I knew at about mile 2 that I was in for an interesting run.  I managed to hold my own with the hills, but I did walk a tiny bit on one hill.  I was mad I had to walk, but I was sort of running out of gas!  I definitely didn't train well on hills for the run.  My favorite part of the run was seeing our Mama Bear-Carole Sharpless out there cheering us on, that was super awesome!

Honestly, the thing that saved my ass on this run was purely First Endurance's Liquid Shot....having had nearly zero calories on the bike, I downed the FE Liquid Gel, finally got rid of my entire headache and gave me the energy I needed to push through my run!  I finally found my groove at mile FOUR. Yeah, we wonder why I like the longer distance stuff. Takes me forever to get started huh?? :)

Mile 5-6 has a hill at the very end, and I had found my groove but was quickly losing it after that last hill! NO!!! Then all of a sudden two women came out of nowhere, both had 33 and 32 on their legs.  Crap.  Now I had to work.  It was in literally the last 500 yards.  I gave it what I could, I held off one woman but the other passed me!

The funniest part about the finish is that Dave mentioned later he had Soren waiting for me in case I wanted to hold him and run across the finish line.  I remembered early on I had thought about that, but we never discussed it.  Then Dave goes "But, um, you looked really pissed so I thought maybe you wouldn't see us" :).  I was pissed! I was so mad at the other woman passing me and I was trying hard to be competitive!!

Ha.....even when I don't train as consistently as I should for these races, something in me sparks when i'm racing and no matter how little or as much as I train, I take it seriously and I get angry when I race!  Not a "mean" anger, but just a "go for it" anger! :)  No one likes being passed, no matter what the age group is!

My thoughts: Gorgeous, absolutely gorgeous race, water was perfect, bike hilly but forgiving and i'll be honest, that run kicked my butt just about the same as Wildflower Long Course. No joke. It's a hard course. But i'd love to do Rev3 Quassy again!!!


Majorly huge thanks to my amazing sponsors:  TYR-your wetsuit is buttery/perfect-can't wait to wear it again.  My fancy TYR goggles were perfect, never a fog or a leak, just a perfect fit!! SBR Sports, as usual--TriSlide and Foggle left me "chafe-less" and "fog-less" :), i'm always bragging about your products!!  KESTREL, sigh, where do I begin---amazing amazing ride, I love my Kestrel Airfoil Pro--it has 650 wheels and rides absolutely smooth and slick. LOVE IT! Avia---my Quest Lite III's are perfect, plenty of cushion, but not enough to weigh me down!! First Endurance Nutrition: for saving my ass on the run with the amazing vanilla flavored liquid shot! And last, but definitely not least: my favorite new way to relax before or after a race:  Recovery Pump!! Absolutely amazing recovery system..I spent several hours of bliss in my boots once we got home from the race!!!

And obviously....a huge thanks to Dave who as usual took care of business so that I could race with some peace and quiet :).  Next up: a blog entry on Rev3...a whole 'nother blog post in and of itself and how amazing this organization is! :)
Posted by Mer! at 12:35 PM

Awesome report - way to push through the troubles!

Great race report! I've been reading your blog for some time now, but haven't commented before. Way to stick through it, even when things didn't go as planned. I did the Rev3 Quassy half the next day - course was so much tougher than I had expected, but absolutely beautiful! And I was so impressed with Rev3 in general!

Great job out there! Thanks for sharing your report too!

Oh, Mer, how I have missed you! I am so sorry I've been MIA on your blog; it is so good to revisit and I just love the play-by-play you gave. I really feel like I was RIGHT THERE! Go, girl, go! I have visions back to Ironman Arizona, just seeing you smoke the course. You rock, girl!

Read all the related Posts:

Questions to Ask at an Interview

Read all the related Posts:

How to avoid missing defect in Software Testing?

What is the difference between a Test Strategy and Test Plan?

Number of Peeps who have peeked

Click on the logo to check out Trakkers and Team Trakkers

Check out this *awesome* race series!! 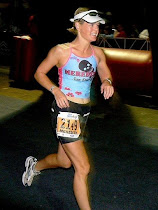 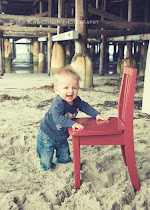